Is It Possible to Relocate with My Children? 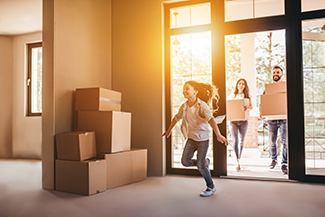 Minnesota courts use the same guiding rule in all matters related to children: the best interests of the child. Although it may be a difficult adjustment for everyone concerned, relocation at times serves the best interest of the child and the relocating parent. Sometimes, it does not.

The Law Office of Glen A. Norton has helped clients in Minnetonka, Minnesota, Wayzata, Plymouth, Maple Grove, Eden Prairie, and Hennepin County make sense of child custody matters for more than three decades. If you or your child’s other parent is considering moving the children, here are some questions you might need answered.

How Does Relocation Affect Custody and Visitation?

The parent who wants to relocate must send a notice of intent to relocate to the other parent as soon as they know they are moving. The notice should be in writing and include as much specific information as possible, including the new address and school or daycare information.

In most child custody cases, both parents are awarded parenting time. There is a presumption that spending time with both parents is, indeed, in the child’s best interest. Both parents are typically granted joint legal custody, which means both make major decisions about such things as the child’s education, healthcare and medical treatment, and religion.

If a parent is allowed to move with the child, the parenting plan will be revised and a new custody order issued that accommodates visitation for the non-relocating parent.

Do Both Parents Have to Agree to Moving the Children?

If both parents agree to the relocation, they can cooperate on revising the existing parenting plan and any other terms of the move, then ask the court for approval. Remember, a child custody agreement is a court order and cannot be replaced without the court’s issuance of a new order.

Moving with the children cannot be used to punish the other parent. Furthermore, a parent who moves without a court order permitting the move will face serious consequences.

What Factors Does the Court Consider?

The judge will consider multiple factors in determining what is in the child’s best interest, including:

Divorce is difficult enough on children and their relationships with their parents. Moving them raises even greater challenges. Whether you want to relocate or want to oppose it, make sure to reach out to a seasoned family law attorney. The Law Office of Glen A. Norton has provided guidance for parents in and around Minnetonka, Minnesota on both sides of this highly emotional issue. Schedule an initial consultation today.